The Hamas “military” wing trained with machine-gunfire in an exercised ono the ruins of destroyed Jewish communities in the pre-dawn hours Thursday morning, hours after the European Union Court of Justice ruled that there was not enough evidence to justify the terrorist organization’s remaining on the list of banned terrorist groups.

The midnight-to-dawn exercise was carried out where Jews use to live in Dugit and Nissanit, from where they were expelled in the summer of 2005 as part of the Sharon government’s lunacy that the expulsion was the road to peace.


The number of soldiers – remember, the EU court says they are not terrorists – involved in the training indicates that It was the largest military exercise that Hamas has carried out since the Protective Edge campaign in the against Hamas in Gaza last summer, Israel Defense reported..

If the justices needed more evidence that Hamas is a terrorist organization, all they had to do was visit Jewish communities in the Gaza Belt – unless they wanted to take a chance on a one-way ticket to Gaza – and lose sleep just like the Israelis who heard explosions and gunfire for hours.

One of those explosions probably was the one that killed one Hamas member and wounded several others in a “work accident,” another semantic whitewash for terrorists preparing to kill Jews.

According to the European Union court, this is not terror. Maybe it is part of the peace process, or maybe it is the expression of “unity” with the rival Fatah movement headed by Mahmoud Abbas.

Speaking of Abbas, posters of the Palestinian Authority chairman were displayed in Gaza Thursday morning with one message that the European Union court might be interested in seeing. Abbas was pictured as being hanged, and the posters included the words ”dictator” and ”traitor.”

Is this the work of terrorists?

Perhaps the European Union Court of Justice – the most unsuitable name imaginable – views the posters as freedom of expression in a democratic society. 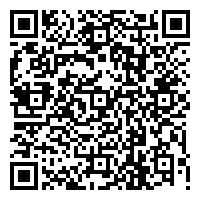