Alvin Schiff, a pioneer in Jewish education and a prolific author, died of unknown causes, Yeshiva University announced Monday. He was in his mid-80s.


Schiff authored more than a dozen books, as well as several hundred articles and research papers on the status of Jewish education.

He was a founder of such Jewish education projects as March of the Living, along with the New York parade for Israel now known as Celebrate Israel.

Herbert Dobrinsky, vice president of Yeshiva University affairs and a former student of Schiff, told JTA, ”I can’t say he was the greatest educator in the world, but he came close to it.”

Schiff received his bachelor’s degree from Yeshiva College and his doctorate from YU’s Ferkauf Graduate School of Psychology, as well as an honorary degree from YU in 1977.

The First Lesson of the Holocaust: The Jewish People Will Never Allow Anyone to Do This to Us Again 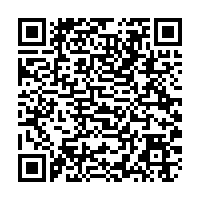