American Jewish economist Paul Milgrom this week was named by the Royal Swedish Academy of Sciences, together with his coauthor and former faculty adviser, Robert Wilson, as having won the 2020 Nobel Prize in Economics for their work on auction theory.

The prize comes with a monetary award of $10 million Swedish kronor. “Their discoveries have benefitted sellers, buyers and taxpayers around the world,” said the Royal Swedish Academy of Sciences.


“Research on incentives and complexity are combined to create auctions that are simple and straightforward for bidders, yet which dramatically improve resource allocation compared to traditional auction designs,” according to the research statement posted on Milgrom’s page of the website of the Stanford Institute for Economic Policy Research.
https://www.gsb.stanford.edu/faculty-research/faculty/paul-r-milgrom

Milgrom is the Shirley and Leonard Ely professor of Humanities and Sciences in the department of economics and professor by courtesy at Stanford Graduate School of Business. He is a member of the National Academy of Sciences, a fellow of the American Academy of Arts and Sciences, and director of the Market Design program at SIEPR.

After earning his PhD at Stanford GSB, Milgrom taught at Northwestern University and Yale before returning to Stanford. He made well-known contributions to many areas of economics, including auctions, incentive theory, industrial economics, economic history, economics of manufacturing, economics of organizations, and game theory. His book co-authored with John Roberts, Economics, Organization and Management, opened a new area to economic research.

Born April 20, 1948, in Detroit, Milgrom earned his bachelor’s degree in mathematics at the University of Michigan in 1970, and an MS in statistics and PhD in business at Stanford in 1978 and 1979, respectively. He taught at Northwestern and Yale before arriving at Stanford. He was elected to the American Academy of Arts and Sciences in 1992 and the National Academy of Sciences in 2006, was awarded an honorary doctorate in 2001 by the Stockholm School of Economics, and is the winner of the 2008 Nemmers Prize in economics.

On a personal note, Milgrom told reporters in Stockholm after learning he had won the prize that he could not really remember any auction he had participated in. However, he added, “My wife points out to me that we bought ski boots on eBay. I guess that was an auction.”

The Nobel prizes for medicine, physics, chemistry, literature and peace were released last week, with the Nobel Peace Prize awarded to the UN World Food Program. Oddly, despite three nominations from various individuals for the prize in light of his success in bringing two Arab nations to the negotiating table with Israel and brokering peace accords between all parties for the first time in more than a quarter of a century, US President Donald Trump received no award. 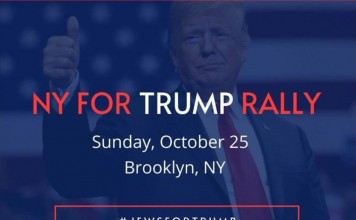