U.S. citizens staying in Israel have discovered this week that they are no longer able to get Israeli shekels in exchange for their checks which are drawn to U.S. banks.

Until this week, Israeli foreign exchange places would accept U.S. checks, at least from their regular customers, and would pay them out for a fee of 1 percent of their value. But this is no ,longer the case.


“The problem is with the check clearance process,” a Jerusalem money changer who asked to remain anonymous told The Jewish Press. “No one outside the U.S. is able to do check clearance. It’s an international problem, it’s not a problem only in Israel.”

American banks are not processing for clearance any checks coming from outside the U.S. The Jerusalem money changer believes this is yet one more result of the American government shutdown, which is into its second day.

“Normally, we scan the checks in the U.S. and pay the people over here,” he explained. Now the same process will be done by mail, will take six business days, and customers will be charged 2 percent.

This reporter, living in Israel, was able to make a regular payment into his U.S. credit card from his U.S. bank over the phone. But using one’s credit card for cash withdrawals abroad may now also present a problem.

“Everyone is nervous,” said the money changer, adding, “We’re working on a solution.”

He does not believe this will be a permanent problem. “They’ll figure it out,” he says.

According to the Herald Tribune, the Federal Reserve’s check-clearing service has not been shut down, and since the Reserve is an independent, self-financing agency, all of its operations will continue normally.

Federal Reserve Banks will continue to process checks and provide a mechanism for checks and funds to move between banks. But, apparently, while lending institutions will not suffer, individuals attempting to use their services—at least outside the U.S.—are not nearly as fortunate. 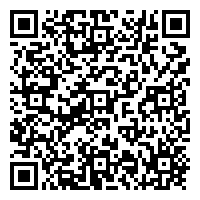