A three-judge panel of the Israeli Supreme Court rejected on Monday morning the appeal by legal aid society Honenu attorneys to permit Meir Ettinger, a Jewish man who is under administrative detention without indictment or proof of wrongdoing, to attend his first-born son’s bris Monday afternoon.

Justices Solberg, Fogelman and Hayut ruled that Ettinger is too dangerous to be given a couple of hours off while accompanied by prison guards, and agreed with the Be’er Sheva District Court and the Prison Authority who invited the Ettingers to introduce their baby boy to the covenant of Abraham with God to liberate humanity from darkness — inside the prison. They were told they could celebrate in the company of 15 pre-approved guests. Said guests, the Prison Authority insisted, would have to be frisked before being allowed into the jail building.


No one said what would happen to the suspicious looking rabbi who would try to enter the correction facility armed with a highly sharpened blade.

One of Meir Ettinger’s brothers stood up after the reading of the ruling and cried at the judges: “You are trying to re-educate us, Bolsheviks!” at which point the court security guards grabbed him and shipped him off to the gulag. No, they didn’t, they just kicked him out.

The Israeli political powers that be are terrified of the ghost of the late Rabbi Meir Kahane, who was assassinated on November 5, 1990, in New York City. In the 1984 Knesset elections, Kahane’s Kach party gained one seat, which was taken by Kahane. But the polls showed that Kach would have received anywhere from four to twelve seats in the November 1988 elections — at which point left- and right-wing parties united to brand Kahane as a racist and to ban him from the Knesset.

But the fear of the Kahane legacy has not died with the murder of the feisty leader. His son — who was murdered with his wife, while five of their six children were injured by Arab terrorists in December 2000 — and his grandson, were and continue to be feared by the authorities. As a result, Meir Ettinger is being viewed by Defense Minister Moshe Ya’alon, and consequently by the security apparatus and the courts as a magical, almost messianic figure, a unicorn of rightwing mystique capable of galvanizing organized resistance among the younger settlers of Judea and Samaria.

When the court ruled Monday that Kahane’s grandson is too dangerous to attend the bris they meant that once those extremists with their long side curls and huge yarmulkes get a glimpse of him, they’ll take up arms and march on Jerusalem — or something to that effect.

The most dangerous creature in a democracy is a frightened judge. And Israel’s current Supreme Court, which is already feeling plenty challenged by a rightwing Justice Minister who isn’t buying their hunger for extra-parliamentary legislation, will likely keep poor Meir Ettinger in administrative detention until his son is old enough to be arrested on fabricated charges. 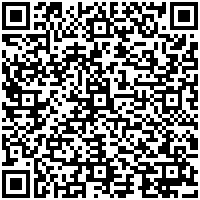