Andy Statman, one of the foremost Klezmer musicians in the world, knows that the time of Klezmer has passed.

“Each music has its point,” He explained over the phone while working at a Mandolin camp in California. “[Klezmer] is still alive, but in many ways it doesn’t really represent a living community. While it’s still alive and it’s great music and people enjoy it… It’s not a reflection of the time.”

At 62, Statman was the recipient of an NEA National Heritage Fellowship in June for his work in bluegrass and Klezmer music. As part of the fellowship, the nation’s highest recognition for traditional and folk art,  he will receive a one-time, $25,000 grant. He has been hailed by The New Yorker as an “American visionary” and by the New York Times as a “virtuoso.” His white shirt, beard and velvet yarmulkes also display the fact that Statman is an Orthodox Jew.

Statman grew up in Queens to a traditional, yet secular Jewish family from an unbroken chain of cantors going back to the 1700’s. His house was steeped in both vaudeville and Klezmer traditions. His cousin, Sammy Fein, originally Feinberg, a self-taught musician and composer, won two Academy Awards for Best Original Song. Statman taught himself guitar and banjo after his brother brought home a record of Lester Flatt and Earl Scruggs. A musical prodigy, in his teens he took up mandolin and became a well-known bluegrass musician.

After mastering saxophone and an extended foray into jazz in his mid-twenties, Statman felt the call of something else. He sought out master klezmer clarinetist Dave Terras. He says he became a “ben bayit,” a regular, at Terras’s house.

“There’s an incredible depth and spirituality to the music,” he said about Klezmer. “It connects you to the deepest part of yourself and to God. That’s what Judaism is about… In the old-time melodies, there’s, for lack of a better word, spiritual vitamins.”

Klezmer is the Eastern European musical tradition passed down from one generation to the next. (“It’s basically Chasidic music,” Statman said.) The exact history of the music was unknown to him, save for the fact that when Statman began playing Klezmer, it had almost been gone.

“A lot of where the music was played didn’t make it out,” he said. “Russia, Galicia, a lot of Chasidim. I think not only the Holocaust but there was more of an interest in preserving Judaism and the community. Music was not such a pressing concern.”

As the Klezmer revival began in the 1980’s and 90’s, Statman found himself more and more in demand, performing on records for the Grateful Dead and Bob Dylan.

“I didn’t intentionally start the revival, I was just doing it for myself to preserve the music,” Statman said. “I wasn’t reviving something, I just wanted to keep it alive. And the whole thing sort of blossomed.”

Paradoxically, as he became more Orthodox he felt less of a pull towards Klezmer music.

“The music became very much an expression of Judaism for me, and once I began observing the mitzvot I didn’t feel the need to play the music anymore.” Statman said.

Statman returned to Klezmer in the mid-90’s when he produced “Songs of our Fathers” with his mentor David Grisman, and “In the Fiddler’s House” with Itzhak Perlman. He, along with his two band members Jim Whitney and Larry Eagle, perform regularly at the Charles Street Synagogue. His most recent CD is Old Brooklyn.

Statman now lives in the Midwood section of Brooklyn with his wife. His grandsons and granddaughters attend religious schools. While musically inclined, none of them have seriously taken up an instrument.

“Given the schedules of yeshiva and Beis Yakov, there’s no real time to learn it well,” he explained. “If you really want to play music well, it’s a full-time commitment. I’m practicing six hours a day.”

He sees his becoming religious as a “continuation of a seven thousand year heritage that was momentarily broken.”

About the future of Klezmer, Statman said it wasn’t bittersweet.

“Like bluegrass [music], it’s from a time and place,” he said. “It changed and the music was moving on to become something else. That’s the way it is. Styles come and go. They reflect the lives and the people who are involved in them… Each day is new.” 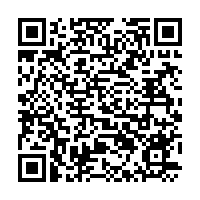