Now, only months after the artist’s death, is no time to be coy. Moshe Givati’s work is a revelation: dynamic, throbbing with life, pulsating with meaning. The exhibition “Equus Ambiguity – The Emergence of Maturity,” is up for only a few more days but I urge you to hurry to the Jadite Gallery and familiarize yourself with this under-recognized artist.

Givati was born in 1934 in Hadera to Romanian speaking parents months after his father’s death—a traumatic event that his mother never talked to him about and about which he died knowing almost nothing. Although Givati was associated with several Israeli, European and American artistic movements such as New Horizons and its successor, Tazpit, in Israel and associated with Lyrical Abstract painters in France, Givati resisted such categorization and was even hostile to names and labels. To that end, he did not title his works or publicly interpret them, claiming in an interview, “If art lovers find ideas in the paintings, they are experiencing their own discovery. My touch on the canvas is my story.” Promotional material, as well as the exhibition catalogue from his 2006 retrospective in Tel Aviv note Givati’s insecurity and desire for acceptance. I suspect, however, that Givati, a lifetime manic-depressive, craved recognition more than acceptance and by this I mean recognition in the true sense—instead of accolades, Givati wanted people to recognize and validate the journey laid bare on his diptychs.


Givati provided clues. His final exhibit is named for the 1974 play in which a psychotic boy blinds six horses in a work that explores themes of religion, sacrifice and mental illness—themes Givati was intimately acquainted with. He was not, however, that boy. In the second half of the exhibition’s title, Givati claimed a banner, an “emergence” of maturity. A term that often evokes equanimity and serenity, maturity is just as much a meditation on loss. Growing into an identity involves peeling and discarding other identities. Only once you reach maturity do you realize that you cannot be a fireman, a world leader and an artist.

Givati’s career was long and uneven. While at times Givati associated with collectives—he spent many of his early years on a Kibbutz—he never felt fully integrated into collectives, whether an artistic, religious or a nationalistic movement. Givati was both celebrated as an up and coming artist and fell into homelessness. He associated for a time with the Lubavitch community in Crown Heights and even met with the Lubavitcher Rebbe a few times. Givati spent years living outside of Israel, feeling at home nowhere but always with a drive to create, to search, to explore. His was a journey, an odyssey even, and despite reaching maturity, Givati was not able to shake off the pathos of Equus, the torture of ambiguity. Givati was like the man who longs for the security of belonging to a group but is unable to cling to a group to which he feels anything less than complete solidarity for. Givati was a journeyman and, while still at the kibbutz in name, left for long periods of time to travel in Europe—Rome, Toledo and especially Paris. In 1974, Givati moved to New York City, lived in the Chelsea Hotel—famous for its artist residents at the time, and operated a screen-printing workshop.

In the beautifully displayed exhibition, Givati’s history is all but transcribed on the walls. As the title informs, the theme is Equus—based on the 1973 play by Peter Schaffer, and almost every work in the exhibit features horses, usually lightly rendered on a deeply saturated and colored canvas. Givati’s background in screen-printing, for example, is apparent in a delicately rendered textile of the image of a horse, or more precisely, a model of a horse. In the painting, the horse seems more like a mannequin, there to hold a textile of some sort that reads like a Native American blanket. Underneath the blanket is another black and white covering on the horse. It could be a tallit. Or it could be a shroud.

We the viewers, the reviewers, the curators and the collectors are left to sort through the material remains of that process. We are left to draw comparisons between Givati and New York artists, especially Givati’s fellow residents at the Chelsea Hotel of the late 1970’s and early 1980’s: Larry Rivers, whose influence was acknowledged by Givati and other artists who played with the role of narrative in art such as Jean Michel Basquiat, Donald Baechler and even Francis Bacon who used triptychs the way Givati uses diptychs, investigating the fragmentations, the dichotomies of the soul while referencing religious imagery. Givati recalls in his memoirs that when he visited in the early sixties, he “found London inundated with Francis Bacon’s works. Nouvelle figuration had already infiltrated the world of abstract, and later influenced my work as well, which in essence was not lyrical abstract at all, as it was often described.”1  It wouldn’t be the only time that Givati borrowed imagery from a religion that was not his own. 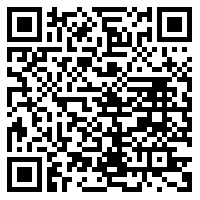