Those who said Ann Coulter’s tweet about the Jews came as no surprise referred to her scandalous remarks in a 2007 CNN interview that Jews needed to be “perfected.” Ironically, or perhaps appropriately, it was in an answer to the same question Ann Coulter mocked GOP candidates in 2015 for handling ineptly. On CNN’s “The Big Idea,” Donny Deutsch, who in the middle of the interview identified himself as Jewish, asked Coulter what America would look like, under ideal circumstances.

Coulter: It would look like New York City during the Republican National Convention. In fact, I think that is what heaven is going to look like … People were happy, they’re Christian. They’re tolerant. They defend America.


Deutsch: Christian? So we should be Christian? It would be better if we were all Christian?

Deutsch: We should all be Christian?

Coulter: Yes, would you like to come to church with me, Donny?

Deutsch: So I should not be a Jew. I should be a Christian, and this would be a better place?

Coulter: Well, you could be a practicing Jew, but you’re not.

Deutsch: I actually am. That’s not true, I really am. But—so we would all be better if we were no Jews, no Buddhists?

Coulter: Whenever I’m harangued by—

Deutsch: In this country? You can’t believe that—

Coulter: You know, liberals on diversity—

And she did go on. Then, later in the same interview:

Deutsch: …we should just throw Judaism away and we should all be Christians then, or—

Deutsch: Really? Yeah, you have to obey.

Coulter explained that Jews needed to be “perfected,” but that this fact shouldn’t really be offensive to Jews because she said Christians saw themselves as “perfected” Jews who didn’t need to follow the laws of the “Old Testament” but could just accept Jesus.

Coulter: We just want Jews to be perfected, as they say.

Deutsch: Wow, you didn’t really just say that, did you?

Coulter: Yes, that is what Christianity is. We believe in the Old Testament, but ours is more like Federal Express. You have to obey laws. We know we’re all sinners—

Two very different Jewish responses to Coulter’s remarks in 2007 were from Bradley Burston of Ha’aretz and conservative talk show host Dennis Prager. Burston said Ann Coulter is a symptom of what is “wrong” with America. Burston said prior to the CNN interview, he had written off Coulter’s racist, anti-woman and homophobic comments as “scattershot schtick,” but he then saw something more sinister at work. “I was wrong to see her as some highly intelligent, well-educated, perversely gifted panderer to the lowest common denominator,” or “an overqualified infotainment shock jock … I should have taken her seriously” as “my enemy” as “what is wrong with America.” Burston wrote, “I’ll never underestimate her again. Ann Coulter has a plan for the Jews. She has one for the Muslims as well. And it’s her people who are exactly the kind of Americans who could find the way to try to carry it out.”

In 2007, in response to the interview and the aftermath, Dennis Prager wrote, “Those who label Ann Coulter an anti-Semite do damage to the battle against anti-Semitism.” Prager listed his credentials as a religious Jew and lecturer and author of several books on Jewish topics, including anti-Semitism, and said that Coulter has done or said nothing to indicate that she “hates Jews or wishes them ill,” so how can she be considered an anti-Semite. Prager then asked if liberals don’t also think conservatives need to be “perfected” and come around to their viewpoint. “What damage has she ever done to Jews?” he wrote in Townhall. “What’s wrong with a person believing that it would be better for another person to adopt their faith?” He asked how Jews who demand a boycott of Coulter don’t also call for a boycott of Jimmy Carter, who has called Israel an “apartheid” state. Prager said even if Coulter believes Christianity is superior to Judaism, why should Jews be any more offended by that than by a liberal who thinks left wing viewpoints are more sound than conservative ideology. “Liberals not only believe that conservatives are philosophically imperfect” writes Prager, “but they often believe Conservatives are bad human beings” for allegedly not caring about the poor and are “immeasurably more likely to impose their views on others than Christian Americans are.” 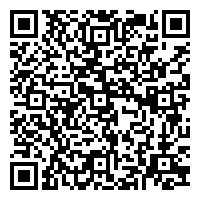