An Arab from eastern Jerusalem was arrested by the capital’s police on Wednesday evening shortly after he is suspected of having thrown a firebomb into the city hall.

The firebomb exploded in a ground floor office, a computer room, and caused extensive damage, but no one was injured in the attack.

The arson suspect is reportedly a hawker in his 40s who was fined by the city after selling protective masks without a permit.

Terrorism has been ruled out. 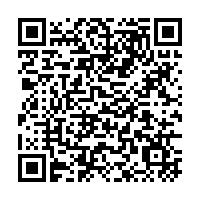