Police noticed a suspicious Arab girl (15) in Jerusalem’s Old City, walking near the Moriah school, according to a TPS reportl.

Keeping a safe distance, the police stopped and searched her , discovering a knife hidden in her sleeve.


She was arrested and brought in for interrogation.

The girl admitted she planned to stab either a security person or a citizen.

After a background search, the police discovered that she had been stopped 2 weeks earlier and claimed she just bought the knives to take home. 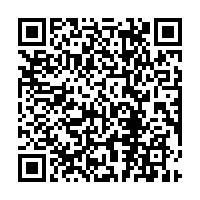