Jerusalem Arabs camped out in the Al Aqsa mosque early Sunday morning and attacked police with firecrackers, rocks, metal rods and foreign objects in a serious escalation of violence despite a recent government decision to ban two violent groups from the holy site.

Sunday morning’s clash broke out shortly after dawn, 12 hours before the beginning of Rosh HaShanah.

Intelligence reports that masked Arabs were preparing a massive attack Sunday enabled the police to surprise the rioters, who had prepared to block the entrance to the mosque so that police could not force them inside.

After a battle of approximately 15 minutes, police put an end to the riot and also confiscated a suspected pipe bomb from the entrance to the mosque.

A video that was provided to Sky News Arabic clearly shows men and women who were well-prepared for the battle. They used the mosque as a launching point for attacking police, who then briefly closed off the entrance to the Temple Mount.

Minister Uri Ariel of the Bayit Yehudi (Jewish Home), a champion for the right of Jews to pray on the Temple Mount, arrived at the scene. The government earlier this year banned ministers from visiting the Temple Mount as part of an official agreement to tone down violence,

The understanding did not last more than several months, and Arab groups pay men and women to arrive at the Temple Mount every day to harass and attack Jews and non-Jewish tourists.

Defense Minister Moshe Ya’alon recently issued a decree banning two radical Muslim groups from the Temple Mount, but he only touched the tip of the iceberg. For every group that is banned, there are a dozen ready to take their place.

Arab media, both inside and outside Israel, are behind the incitement, and Sky News Arabic posted a tweet on Sunday from the Palestinian Authority official for Jerusalem stating that an “Israeli escalation will grow in the coming days,” apparently referring to the approaching Jewish holidays.

Sky News Arabic’s report of this morning’s clash was typical of biased information that incites hatred and violence.

The report, with the help of Google Translate and editing for grammar, stated:

Israeli occupying forces Sunday [raided] Al-Aqsa Mosque in Jerusalem and the Palestinian territories, where [there were] worshipers, and in an effort to pave the way for hardcore settlers to enter the holy site for Muslims.

The head of the Waqf Council in Jerusalem, Sheikh Abdel Azim Salhab, told Sky News Arabic, ‘The raid comes in the context of the ongoing Israeli attempts to Judaize Al-Aqsa Mosque.’

He called on Arab and Islamic countries to protect the site. Israeli forces and threw sound bombs and tear gas on worshipers and civilians [Worshippers] in the mosque [acted] to prevent the ultra-Orthodox Jews to break into the campus for the establishment of religious rituals on the occasion of the Jewish New Year, according to sources/

The past days of protests at the Al-Aqsa Mosque organized by Palestinian militants say that Israel is seeking to allow Jews to practice their faith in the compound, or even to remove the mosque to pave to build a new structure.

The video below of police on the Temple Mount this morning was posted on Rotter.net from a Facebook page: 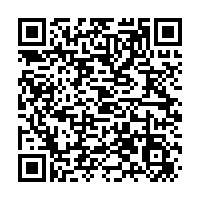