Arab Knesset Members have announced they will join Ethiopians on Sunday in another protest against police violence and alleged racism.

A peaceful march last week turned violent when nearly 1,000 angry Ethiopians surfed towards the official residence of Prime Minister Binyamin Netanyahu near downtown Jerusalem. Police at the scene used stun guns and water cannons to disperse the crowd after the demonstrators refused to retreat. The demonstrators pelted police with bottles and rocks.


The Ethiopian community is enraged over the exposure last week of two policemen in Holon, adjacent to Tel Aviv, beating an Ethiopian soldier, who was wearing a kippa, for no apparent reason.

Police arrested the soldier for supposedly having attacked them, but the video forced law enforcement officials to drop the charge and apologize. They also said that the two policemen, one of them a volunteer, have been suspended and that their actions do not reflect the values of the police.

The Ethiopian community is not buying the mea culpa and plans to protest today near Tel Aviv’s Azriella Towers, home of the fanciest malls in Israel.

At least two Arab Knesset Members, Ayman Odeh and Ahmed Tibi, have called on Arabs, who claim that police discriminate against them, to join the demonstration.

The Bayit Yehudi (Jewish Home) party has not commented, despite thousands of incidents of police violence exercised against innocent settlers.

Nor have the bleeding heart left-wingers, who usually never miss the opportunity to show their support for minorities, uttered a word.

Hareidi leaders also have remained silent although they have plenty of reasons to complain about excess police violence.

Ethiopian leaders allege that police discriminate against them, but the silence from mainstream Israel indicates that the bias may be a lot deeper. 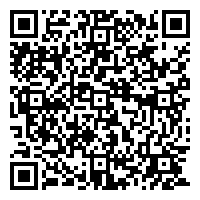