There is a controversy over what the stone tablets on which the 10 Commandments were written actually looked like.

Artistically, the tablets are almost always drawn as two rectangles with McDonald’s-like arches on top.


But the Gemorah (Baba Batra 14a) describes the two tablets as rectangular, and doesn’t mention any arches, McDonald’s or otherwise.

Over the centuries, the Jews adopted the curved symbols, but there was no basis in tradition for it. It is believed the arches were adopted, in part, due to fear of Christian censorship and in part due to their commonly arched portrayal by artisans.

For years, the Israeli Rabbinate has received requests to rectify the misconception.

Now, in an attempt to align themselves with Rabbinic tradition, rather than art-history, the Rabbinate has modified their logo and want all Jewish organizations to do the same, according to a Chabad website.

The Rabbinate hopes to eventually correct the ingrained pubic misconception as to tablet’s design.

But are they right?

Making the question even more interesting is archaeologist Stephen G. Rosenberg, who has posited that the two tablets weren’t two stones at all, but rather two sides of the same stone.

In part he bases that on the choice of words used for describing the tablet(s) in Hebrew, Luchot, which is similar to another Biblically-used word, Lechi, or cheek in English.

“Now Moses turned and went down from the mountain [bearing] the two tablets (luchot) of the testimony in his hand, tablets inscribed from both their sides; on one side and on the other side they were inscribed.”

The Gemorah (Shabbat 104A) explains that the same text was miraculously visible from both sides of each stone, perhaps some sort of hologram.

In Rosenberg’s explanation, each side of the tablet (singular) had its own half of the engraved text, and that is why is could be read from both side.

Taking this theory into account, will the Rabbinate redo their logo with a single tablet, and possibly restore the arched top?

As the curved top of the Code of Hammurabi was specifically used for an engraved image, which is forbidden by the Torah (as per the Second Commandment, in fact), which reduces the likelihood that our tablet(s) had an arched top.

Thou Shalt Tune In 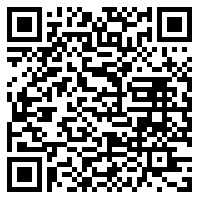