Standing Wednesday near the spot at a central commercial area where a Grad missile had landed two days earlier crashing all the nearby store windows and ricocheting into an apartment building across the street, Ashdod’s Deputy Mayor Boris Giterman, in his capacity as acting Mayor, told reporters a total of 36 Grad rockets had been shot at Ashdod over the four days of violence at the beginning of this week.

“Out of the 36, a total of 34 were intercepted by the Iron Dome system.” Giterman noted. “One rocket fell outside the city, and the 35th rocket, one before last, exploded here at 2:45 Monday morning, in the center of town, as you can see.”


Speaking to a foreign correspondents tour of southern communities organized by the Government Press Office of the Ministry of Public Diplomacy and Diaspora Affairs, the Deputy Mayor pointed at the shattered glass doors behind him and at the torn up window shutters across the street, where the rocket ricocheted. “With a slightly different angle, the rocket would have smashed directly into one of these buildings,” he said. “And quite a few people were shocked by the explosion.”

A building across the street from the blast also sustained some damage. A slightly different angle would have been fatal.

“It was a clear miracle,” Giterman said heatedly. “We could have had many dead and injured. And if all 36 rockets were to fall on this city, then can imagine what would have happened.”

“When Prime Minister Netanyahu came to Ashdod City Hall, Mayor Yehiel Lasri said clearly that the residents are prepared to continue to absorb the hardship because we recognize how vital it is that we do. But it can’t go on much longer,” he continued.

“Our mayor, like all the mayors of the southern towns said poignantly that it cannot be that one million residents, including those of Ashdod, which is the fifth largest city in Israel, continue to be terrorized regularly. We asked him to put and end to this story.

“I’ve fought in two wars and was injured in two of them, I spent 40 years in reserve dury, and this is still going on – and will continue for another million years,” said with an obvious note of fatalism Ilan Peretz, owner of the commercial complex whose entire glass front lay shattered.

“And you’re prepared to take it?” the Jewish Press asked.

“I’m not taking it,” he answered. “But if the entire world is not ready to take care of these termites, then the terror will spread to the US and Canada and everywhere else. Look at what they’ve done here… And the life of half the country is suspended…”

His friend David, who said he used to live in Kansas City, Missouri, said he was just tired of sleeping in bomb shelters with his children and grandchildren. 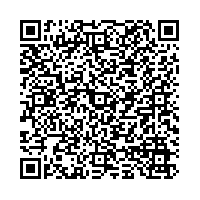