An unnamed nuclear expert is among the dead after a lethal explosion Sunday evening at or near the Parchin military compound near Tehran.

At least two people died in the blast, according to the Iranian Student News Agency (ISNA).


Quoting the Iranian Defense Industries Organization, ISNA reported, “Unfortunately, due to the incident two workers of this production unit lost their lives.” At least four military personnel were wounded while responding to the blast, according to a post by an opposition group quoted by the Washington Free Beacon.

The blast apparently followed a fire that allegedly started in a unit where explosive materials are produced at the nuclear facility, news reports said.

Reports from the site began filtering into media by Monday. The BBC quoted Saham news as saying the explosion was “so intense that windows of buildings nine miles away (15 kilometers) were shattered,” in a southeasterly direction. “The glare from the blast could also be seen from a great distance away.”

Three years ago, there was a massive explosion at a military base not far from Parchin, about 28 miles (45 kilometers) west of Tehran. The head of the elite Revolutionary Guards missile program and 16 others in the unit were killed in the blast, which Iran blamed on an accident that occurred during a weapons transfer.

Talks between Iran and six world powers have been focusing on dialing back the Islamic Republic’s uranium enrichment program but Tehran has shown little interest in cooperating. According to the United Nations International Atomic Energy Agency (IAEA) Iran missed a deadline to respond to questions about its nuclear development program.

Negotiations centered on lifting economic and other sanctions by Western nations in exchange for reducing enrichment of uranium are scheduled to culminate in a Nov. 24 deadline, but few believe that “red line” will stand firm.

Last month Israeli officials warned that Iran has used the Parchin complex as the site for secret testing of technology that could only be used for detonation of a nuclear weapon.

Steinitz warned that Israel had based its information on “highly reliable information” but revealed no further details.

The Islamic Republic has continued to deny that it is building a nuclear weapon but refuses to reduce or slow down its nuclear development program in any way. Iran has, in fact, accelerated the pace of its uranium enrichment both in quality and quantity, raising both to military weapons-grade levels.

For years Iran has refused to allow nuclear inspectors from the United Nations’ International Atomic Energy Agency (IAEA) access to the Parchin base outside Tehran. On March 8, 2012, six world powers (U.S., UK, France, Germany, Russia and China) demanded that Iran allow the UN inspectors to tour the Parchin site – but with no success.

“It is important to emphasize that these kinds of tests can have no ‘dual use’ explanation, since the only possible purpose of such internal neutron sources is to ignite the nuclear chain reaction in nuclear weapons,” Steintz added. 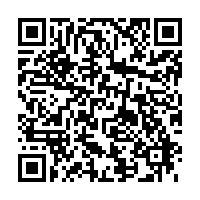