At least nine people died Friday night, among them a 15-year-old girl, in a terror attack at the Olympia Shopping Mall, built on the site of the Olympic village where 11 Israeli athletes were murdered by Arab terrorists in 1972.

The Arab Black September terrorist group took the Israeli athletes hostage and murdered them during the 1972 Olympic Games held at the Olympic Stadium next door to the mall where three shooters with “long-barreled rifles” opened fire at shoppers and employees.

It is not known how many more people were injured at the mall, located in the north-western Moosach district of Munich, Germany.

Officials locked down and declared a state of emergency in the city as security personnel broadened their manhunt for the terrorists believed to be on the run after their attack. It came just two days after a government minister had warned of more “lone wolf” attacks after a terror attack on a train earlier in the week.

The crowded shopping center was jammed with customers throughout the 135 stores and eateries on both floors when the shooters entered at around 6 pm.

Many customers and employees were still in the mall after the terrorists fled on foot, possibly entering a nearby metro train. The area around the mall was sealed off by police but the attackers managed to escape.

The German government requested additional security forces from neighboring Austria as its government lowered its flag to half mast to honor the memories of the victims. Massive numbers of heavily armed special operations forces, Munich police and other security officers converged on the city. Taxi drivers were warned not to pick up passengers.

Public transportation was shut down, including train, tram and bus lines in the city. The streets of Munich were virtually clear. Residents were asked to stay off the roadways and drivers have been asked to leave the highways around the city as well, Fox News reported.

At least some parts of the country’s border were sealed off in an attempt to prevent the terrorists from escaping Germany.

Police confirmed a report that one of the shooters shot and killed himself about a mile away from the mall. A backpack was located next to the deceased, however, prompting officials to send a robot to check the body and the bag in order to ensure there were no explosives.

An alert went out to doctors and nurses in Munich to report to their hospitals for a mass casualty attack. “Law enforcement is overwhelmed,” one security source told a news analyst at Fox News.

No terrorist group claimed responsibility for the attacks, although Da’esh (ISIS) supporters posted joyous tweets of celebration about the rampage. However, Fox News analyst Sebastian Gorka said a colleague in Germany who analyzed audio from the scene said one of the terrorists, who spoke in German, used an East German accent.

It’s not known whether there were Israelis or other Jews on the scene at the time of the attack, approximately an hour and a half before the start of the Jewish Sabbath.

The U.S. Consulate instructed American citizens to “shelter in place” and avoid the area.

German police requested that media refrain from posting any live coverage of events in order to prevent the attackers from receiving information about law enforcement counter terror movements.

This is the second terror attack in Germany in a week; an Afghan teenager wielded an ax on a train earlier in the week in an attempt to kill passengers in the country. Four people were physically injured and more than a dozen others suffered traumatic shock in that attack.

Friday was also the five-year anniversary of the massacre in Norway by Anders Behring Breivik, a far-right extremist. Anger against political refugees from the Middle East and Africa has been rising in the far-right sector.

On the Twitter social media networking site, some users were tweeting rumors that at least one of the attackers was wearing “black boots” and was screaming about “foreigners” and “refugees.” Officials said they are treating the event as a ‘terrorist attack’ but emphasized they had not yet identified the attackers. 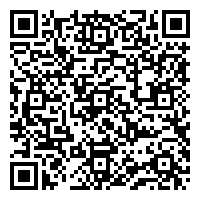