Two Arab terrorists tried to stab people at the Eliyahu Checkpoint in Samaria (Shomron) on Route 55, just before 7 AM on Monday morning.

This is the checkpoint that links the Kfar Sava area with Jewish communities in the Shomron region, and near Alfei Menashe, the site of a terror attack barely 24 hours earlier.


One female terrorist was shot and killed. According to the Ministry of Defense, a suicide note with a ‘goodbye’ to her family was found on her body. The attacker was clearly determined to die in her attempt, brandishing a knife while running towards guards despite being ordered several times to drop the weapon and halt. She continued moving towards the guards, even after she was shot, further increasing concerns that she might have been carrying explosives upon her person as well.

The second attacker escaped and a manhunt is on for the terrorist.

No one else was injured in the attack.

The Eliyahu checkpoint is manned by a private security firm for the Ministry of Defense, and not by IDF personnel.

Alfei Menashe, is located close to an Arab village in which an Israeli was stabbed yesterday in a similar attack by two Arab terrorists. That victim was miraculously able to drive himself to a nearby IDF checkpoint where he received first aid before being evacuated to a nearby medical center. 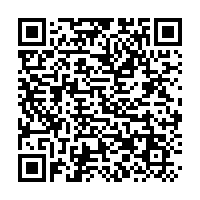