For the fourth time on Wednesday an Arab terrorist tried to carry out a stabbing terror attack against Israelis.

This time, the terrorist was a 15-year-old Arab boy who pulled out a knife and lunged at a group of Israeli Border Guard Police officers in the Jerusalem neighborhood of Abu Tor.


The young terrorist-in-training was overpowered by several Border Guard Police officers and arrested. He was transferred to security personnel for questioning.

No one was injured in the attempted attack. 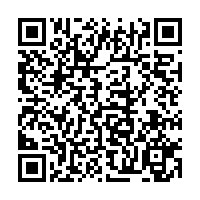