The autopsy conducted on the body of Arab terrorist Abd al-Fatah al-Sharif on Sunday confirmed that he was still alive before the Kfir Brigade medic shot a bullet at his head. The Israeli pathologists were able to determine that the initial shots fired by the soldiers did not damage vital organs, and would not have caused his death. It was the shot to his head that finished him off.

Arab pathologist Rayan al-Ali, who was allowed to observe the autopsy, told the Arab press: “The results of the autopsy were expected. What the whole world saw on the video that documented the shooting was more than enough, but the autopsy results confirmed it.”


He added that he would hold a press conference on Monday to give full details about the results of the autopsy, which took place at the Institute for Forensic Medicine in Abu Kabir near Tel Aviv.

A court order by the Israeli Supreme Court Thursday denied an appeal by the terrorist’s family to allow an Arab doctor to take part directly in the autopsy. But the court granted permission for al-Ali to attend and take notes of the autopsy.

The autopsy was conducted as part of an investigation being carried out by the IDF prosecutor to determine if the terrorist was killed by the initial gunshots that incapacitated him or by the final bullet that was fired at his head by the medic.

The shooting soldier told investigators he acted in self-defense, because he feared that the terrorist was wearing a suicide belt with explosives under his overcoat. The soldier is facing manslaughter charges. 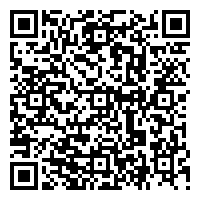