A newborn baby who was hospitalized in serious condition at Wolfson Medical Center in Holon, Israel, from complications following a rite of circumcision, passed away on Friday. Both Chief Rabbis and the Chief Rabbinate of Israel expressed their sorrow to the mourning family.

The Chief Rabbinate of Israel stated that “immediately after the initial report of the incident, the director of the dept. of circumcisions in the Chief Rabbinate was in constant contact with the mohel (ritual circumciser) who conducted the rite, with the doctors who treated the baby at the Wolfson Medical Center, and with the senior physicians who are members of the joint circumcisions committee of the Ministry of Health and the Rabbinate.”

It was reported by the rabbinate that “since the initial diagnosis, the doctors who treated the baby were convinced that the complication in the baby’s condition was not the result of the circumcision but resulted from a previously existing medical condition. Later treatments administered to the baby confirmed this determination.”

“An investigation revealed that the mohel who performed the circumcision is a veteran, certified mohel,” said the Rabbinate’s statement. “The mohel followed procedure and performed a test on the baby after the rite. Only about half an hour after circumcision did signs of the medical complication in the child began to appear, not related to the circumcision itself. The mohel accompanied the family to the hospital.”

A week ago, at about 11 AM, MDA paramedics were called to a synagogue in Holon, after an infant who had undergone a rite of circumcision there had stopped breathing and lost consciousness, shortly after the ceremony. The rescue crew took him to Wolfson Medical Center. After resuscitation in the hospital shock room, the baby’s condition stabilized.

Hatzolah volunteer Yehuda Mizrachi, who was among the first on the scene, told Channel 2 News: “We received a call about an unconscious baby. When I arrived I found a completely blue baby, not breathing and without a pulse. We started resuscitation and massaging, until the ambulance arrived and took him to the hospital.”

After investigating the circumstances of the case, it was discovered that the circumcision had actually been performed flawlessly, and apparently baby choked during feeding.

“The bris had concluded safely and then everyone sat down to eat,” Abraham, a friend of the family, related. “He was nursing from his mother and then she put him in his cart. At some point we noticed that the child was not responding and had turned blue.”

“One of the guests called the MDA, and with their guidelines performed a cardiac massage,” added Abraham, described the event. “Then the rescue team continued the efforts, along with the MDA.” 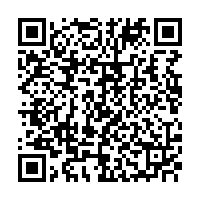