In his letter, Zohar details the PA’s meddling in the inner-politics of the Israeli-Arab political parties and its extensive influence on their composition. A copy of the letter was also submitted to Israel’s Police and to Attorney General Avichai Mandelblit. Neither has taken action on the matter so far.

Israeli lawmaker Oded Forer submitted a similar complaint about the PA’s involvement and influence on the elections in January.

Now, a candidate for Israel’s next Knesset is also charging that the PA is heavily involved in the goings-on in the Arab Israeli political parties.

Eli Avidar, number four on the Avigdor Liberman’s Israel Beiteinu party, told TPS that the PA is exercising influence on the Israeli political system by allegedly streaming funds to Israeli-Arab politicians, who in turn act on Ramallah’s orders.

The PA also provides support to the Arab parties through its controlled media, Avidar, a former senior diplomat in the Israeli Foreign Ministry, said.

He further claimed that the PA’s support of the Arab political parties is part of a broader battle between Qatar and the PA, with Qatar supporting Islamist elements among Israel’s Arabs and the PA supporting secular entities within the same arena.

However, the two sides share the same ultimate goal, he said, which is to influence the Israeli political system and to undermine the stability of its government.

He pointed to Mohammed Al-Madani, a senior PA official and the outreach liaison to Israeli society, as a key player in the schemes to meddle in Israeli politics.

In June 2016, then-Defense Minister Avigdor Liberman revoked Al-Madani VIP permit because he meddled in Israeli politics and tried to create a political party that included Arab citizens of Israel and Mizrahi Jews of Middle Eastern descent, an “unacceptable” effort by a foreign agent to set up a party, the Ministry of Defense said.

Avidar further charged that Israeli-Arab mayors were also contacted by the PA on the issue.

Security sources have confirmed to TPS that the information Avidar has presented is correct and accurate.

TPS has approached MK Ahmed Tibi, the PA and Mohammed Al-Madani, a senior PA official, for comments. All have declined to do so. 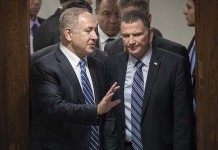 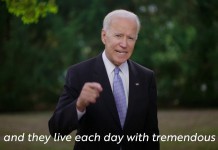 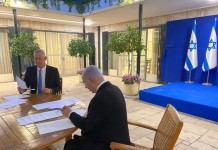