Jewish Home chairman Naftali Bennett said Wednesday that the IDF should deploy soldiers throughout eastern Jerusalem and weed out terrorists.

The Jerusalem police commissioner rejected the idea and said that his forces can do very well without soldiers turning the capital into an armed camp.


Bennett, feeding on fear, said the military should duplicate its 2002 Operation Defensive Shield, when soldiers struck into nests of terror in Jenin and other beds of terror throughout Judea and Samaria.

“Go in with Border Police forces, carry out arrests, set up intelligence channels and stay there on a permanent basis, not just when there’s a terror attack,” the Minister of Economy added.

Bennett said that guards at shopping centers, synagogues and schools are aimed at a specific would-be killers but that the army could “go to the source.”

“The police can deal with the situation with its own forces,” he told Israel Radio.

So far, the police have shown themselves far from able to do so, but that has partly been due to a policy of virtually abandoning hotspots in Arab neighborhoods unless the Israel Security Agency (Shin Bet) is involved. Murders and attempted murders of Jews by Arabs the past several weeks have forced the police to start working they way they should.

Aksol still is looking for an easy way out by blaming Knesset Members for “inciting” Arabs by visiting the Temple Mount, but Bennett’s brainstorm would inflame Arabs even more by making eastern Jerusalem Arabs stare in the faces of soldiers.

Bennett would be doing the Palestinian Authority a big favor by showing the world that Jerusalem is under “occupation?”

It would show that eastern Jerusalem, which has been under Israeli sovereignty for more than three decades, is just like Judea and Samaria, which legally is under military rule.

Deploying troops in Jerusalem would expose Israel as not being able to govern. It is not like Missouri calling in the national Guard to quell riots.

And what if troops marching through the capital would eliminate terror? Who cares if it boils Arab blood?

Bennett should know very well that sending in the troops would weaken Israel.

Israel has the Shin Bet to root out terror. It needs to do a better job and probably could have prevented Tuesday’s barbarism if it had placed the murderers, cousins with a record of terror, under surveillance.

But deploying soldiers in the streets of Jerusalem also would weaken Israel on the fronts where soldiers are mostly needed – Gaza, Egypt, Lebanon and Syria.

It did not win him any points for common sense. 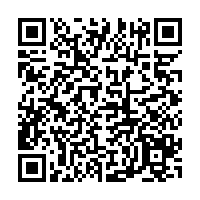