Students at Be’er Sheva’s Ben Gurion University of the Negev are planning to “light a candle to illuminate the darkness” and fight incitement against local Arab students.

In an announcement posted on Facebook, the students cited threatening letters sent to fellow Arab students and graffiti declaring “Death to Arabs” that prompted them to schedule the demonstration of solidarity, set for 9:00 pm at the entrance to the university’s dormitories.


The move comes in the aftermath of the murder of a 16 year old Arab teen last week, and in response to the ongoing Arab violence that is spreading rapidly around the country — and sparking a growing anger by Jewish youth who are rapidly becoming sick of being victimized by Arab terror attacks.

Three Israeli teens who were kidnapped and murdered by Hamas terrorists on June 12 have yet to be caught by Palestinian Authority forces, although the alleged murderers of 16 year old Muhammad Abu Khdeir were taken into custody by Israel within days.

“All are invited, regardless of affiliation,” the announcement said. “Let’s show the public that students at Ben Gurion University have a clear stand against violence and incitement.

“Such actions undermine the most basic foundations of democracy and we must condemn them wherever they occur – especially when they occur at home, under our very noses.”

This is particularly relevant at BGU, inasmuch as the university has been extremely proactive in programs to integrate Bedouin students with Jews and others. BGU has been at the forefront of the educational system to help advance the education of Bedouin children and promote higher education in the Bedouin world. The university has the highest Bedouin-Jewish student ratio in the country.

Moreover, Jewish communities in the Negev – most of which are small are located quite far apart from each other – likewise live with the approximately 250,000 Israeli Bedouin who currently populate the Negev. 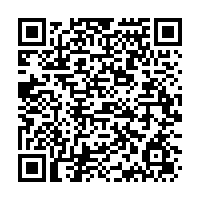