Innoviz did not say how much the deal was worth, but its systems are expected to sell for several hundred dollars each. The deal is one of the first in the auto industry to include solid-state LiDAR for serial production and was made in conjunction with Magna International, the Canadian automotive supplier that made a strategic investment in Innoviz last August.


LiDAR sensors fire pulsed laser light to measure the distance to a target and help autonomous cars navigate their environment. Kfar Saba-based Innoviz was founded in January 2016 by former members of the elite technological unit of the Israeli Defense Forces with expertise in the fields of electro-optics, computer vision, MicroElectroMechanical (MEMS) design and signal processing.

Innoviz has raised over $80 million in funding with investors including Magna, Delphi Automotive, Samsung Capital and SoftBank Ventures Korea.

“BMW is setting a high standard in autonomous vehicles development, and their vote of confidence in our LiDAR demonstrates how advanced our technology is,” said Omer Keilaf, co-founder and CEO of Innoviz. “The Innoviz and Magna teams collaborated to meet BMW requirements in quality and validation plans, and functional safety. Automakers have been looking for a LiDAR technology provider to deliver a mass-market solution, and we are proud to see our product coming to series production.”

BMW has said it will launch self-driving cars by 2021.

Israel has emerged as a market leader in self-driving automobile technologies. In 2017, Intel purchased the Jerusalem-based autonomous vehicle technology company Mobileye for $15.3 billion. 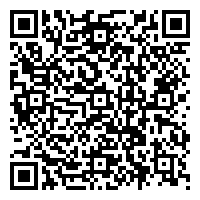