The body of an Arab boy (17) from Shuafat, Jerusalem, has been found in the Jerusalem forest on Wednesday morning.

The boy has been identified as Mohammed Abu Khdeir.

Following reports that Abu Khdeir was kidnapped by three men near Beit Haninah on Tuesday night, Jerusalem police began a search for him.

Arabs from Shuafat claim the boy was kidnapped by Jews in a revenge attack, and certain Israeli elements rushed to lay suspicion on Jews for the act.

The area were the kidnapping happened has security cameras installed, and police are reviewing the footage.

There are unconfirmed reports that police have arrested a number of Arab suspects who were found driving in a car matching the description of the kidnapping vehicle, with suspicious items in the car.

Hadas Shteif of Galei Tzahal reports there was a failed attempt last week to kidnap the boy’s 7 year old brother, and this appears to be a fight between clans, and related to family “honor”.

But, if the Arab claim is true, and the boy wasn’t killed in a fight between Shuafat clans or in an honor killing, but by Jews, this act should be condemned in no uncertain terms.

It is the job of the Israeli government and the IDF, and not private individuals, to avenge the kidnapping and murder of Gilad Sha’ar, Eyal Yifrach and Naftali Fraenkel, against the terrorists and guilty parties.

Obviously, if it was a family honor killing it should be condemned too. And this culture of honor killings within Arab society must be eradicated.

At this point though, it does not look like a revenge attack.

The Jerusalem Light Rail will not be running through Shuafat today, for fear of Arab riots and attacks against the train.

The story will be updated as more information becomes available. 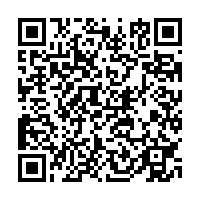