JewishPress.com previously reported that the booby-trapped building that killed 3 soldiers and injured 15 was an UNRWA clinic, based on reports on both Channel 1 and from an IDF source.

We have been informed by a knowledgeable source that, in fact, the building in question was not an UNRWA clinic, but a former Red Cross clinic, that hadn’t been registered as such for a few years.


The source further informed us that the IDF soldiers on site reported it back as an UNRWA clinic, after seeing an UNRWA sign on the booby-trapped building identifying it as such.

Apparently, as part of their trap, Hamas terrorists may have put an UNRWA sign on the building to deceive the IDF soldiers.

As a result, the IDF soldiers on site treated the building differently to avoid destroying what they thought was an UNRWA medical clinic, despite that it was obviously being used for terrorism.

At which point Hamas blew up the building/tunnel with the soldiers inside.

This abuse of international symbols is similar to what Hamas does when they use ambulances to transport themselves and their weapons.

Whether or not the building was an UNRWA clinic, or just marked up as one as part of the booby-trap, Hamas’s action once again endanger innocent civilians, and now, international aid workers as well.

As more information becomes available, we will continue to update you on this story. 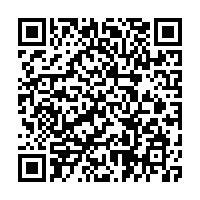