It now is official. This year’s rare coincidence of Hanukkah and Thanksgiving will be known as “Thanksgivukkah” where the Boston Tea Party took place, retiring Mayor Thomas Menino  declared.

The proclamation notes the special “diversity of all its citizens” and the values embodied by both Hanukkah and Thanksgiving, including “unity, hope and gratitude.”

Thanksgiving and Hanukkah last fell on the same day in the late 19th century and after a couple of more concurrent holidays the next 100 years or so, they are not expected to converge again for more than 75,000 years.

That means most of us will not have to suffer the “Thanksgivukkah” shtick again in our lives.

Rebbetzin Nechamy Simon: The Kabbalah of Hanukkah (Uncovering Secrets of this Miraculous Holiday) 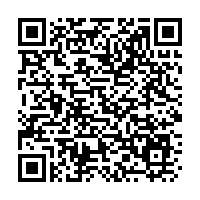