In a complete collapse of rectitude, Brandeis University’s president Fred Lawrence issued a statement on Tuesday evening, April 8, announcing the withdrawal of women’s and human rights champion Ayaan Hirsi Ali as a recipient of an honorary degree from the school at this year’s commencement.

For two days Muslim students and supporters raged against the decision to honor Ali because, they claimed, she is Islampohobic.


Ali was born in Mogadishu, Somalia. In 1992 she escaped an impending arranged marriage to a relative, running to the Netherlands, where she learned the language and established a life. She rose to become a member of the Dutch parliament, where she worked to further the integration of non-Western immigrants into Dutch society.

In 2004, Ali made a film with her friend, Theo Van Gogh. That film, “Submission,” is about the oppression of women in conservative Islamic cultures.

After “Submission” was aired on Dutch television, an Islamic extremist murdered Van Gogh who was enraged by the portrayal of Islam.  A letter pinned to his body contained a death threat to Ali. She eventually fled Holland and Ayaan Hirsi Ali now lives in the United States.

Ali evolved from being a devout Muslim to one who questioned her faith, to ultimately and resolutely rejecting it.

“I left the world of faith, of genital cutting and forced marriage for the world of reason and emancipation. After making this voyage I know that one of these two worlds is simply better than the other. Not for its gaudy gadgetry, but for its fundamental values.” That is a quote from Ali’s book, “Infidel.”

Ali has been extremely and indeed harshly critical of the Islamic world in which she suffered, both as a child in Africa, and also as a hunted creature, in Holland, from the angry immigrants who brought with them to Europe a profound inability to accept criticism of Islam.

And now, here in America, Ali is still being hounded by those who refuse to live by the standards of the West, of tolerance, of robust confrontations, but ones not knife-edged with intimidation.

The Facebook Page denouncing Ali and the decision to honor her at Brandeis’s 2014 Commencement decried her for her “hate speech.” The Muslim Students Association claimed that honoring her “is a direct violation of Brandeis University’s own moral code as well as the rights of all Brandeis students.”

Most chillingly, while the students acknowledged Ali had experienced “terrible things in her life,” their bottom line was “we will not tolerate an attack at our faith.”

And so they issued a fatwa: the invitation to Ali had to be rescinded. The school newspaper, The Justice (yes, the irony!) ran both a “news article” and an editorial denouncing the decision to give Ali an honorary degree.

Brandeis University president Fred Lawrence echoed the students (and a large number of faculty members, including the Women’s Studies professors) in his statement:

Following a discussion today between President Frederick Lawrence and Ayaan Hirsi Ali, Ms. Hirsi Ali’s name has been withdrawn as an honorary degree recipient at this year’s commencement. She is a compelling public figure and advocate for women’s rights, and we respect and appreciate her work to protect and defend the rights of women and girls throughout the world. That said, we cannot overlook certain of her past statements that are inconsistent with Brandeis University’s core values.  For all concerned, we regret that we were not aware of these statements earlier.

Commencement is about celebrating and honoring our extraordinary students and their accomplishments, and we are committed to providing an atmosphere that allows our community’s focus to be squarely on our students. In the spirit of free expression that has defined Brandeis University throughout its history, Ms. Hirsi Ali is welcome to join us on campus in the future to engage in a dialogue about these important issues.

In other words, Ali’s decades of devotion to helping women enslaved by misogynistic practitioners of the Muslim faith – who dominate the governments of Muslim countries – was neutered by the pronunciamento by students that they “would not tolerate an attack on [their] faith.” And in still other words, on American campuses criticism of religion – which has been a fixture of campus life – is no longer permitted. What words, what thoughts will be deemed unacceptable next? 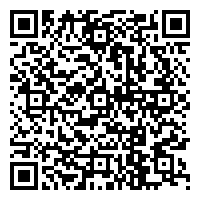