Sgt. Eitan Barak (20) of Herzeliya was killed overnight during the initial stage of the ground operation into Gaza.


The targets included the home of Abdullah al-Shami, an Islamic Jihad leader in Gaza City.

According to the IDF Spokesperson, since 8 pm Thursday until 6 am Friday morning, over 143 targets were hit, including some 20 rocket launchers. Palestinian sources also reported that 10 Palestinians were killed in the overnight strikes. The army also said overnight that an additional 18,000 reserve soldiers would be called up for the ground operation.

Responding to the tragedy, Likud MK Zeev Elkin, chairman of the Knesset Foreign Affairs and Defense Committee, said the ground war would continue as long as necessary. He said Israel would make no concessions to Hamas, and that the terror gang will be weakened as a result of the current flare up.

Hamas must be forced to stop firing rockets and must be brought to a point where it is asking for ceasefire,” Elkiin said. 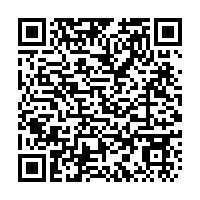