A Palestinian Authority terrorist stabbed a 48 year-old near the community of Alfei Menashe in western Samaria early Sunday afternoon.

The victim had stopped his car on Highway 55 between Kfar Saba and central Samaria when the terrorist attacked him. The victim suffered moderate to serious injuries from stab wounds in his stomach but managed to reach a checkpoint near Alfei Menashe.


A large number of Israeli soldiers are searching for the terrorist.

It was the third terrorist attack of the day, not including numerous rock-throwing and firebombing attacks on Jewish motorists in Judea and Samaria.

The other terrorists, one a hit-and-run driver in Samaria and the other a woman who stabbed a guard in western Gush Etzion, were killed or critically wounded. 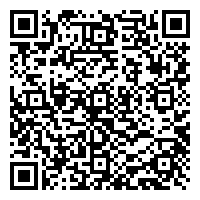