The second Palestinian Authority terrorist in two hours was neutralized by the guard she stabbed in western Gush Etzion late Sunday morning. The guard prevented an apparent mass stabbing attack that the woman intended to carry out in the city.

Earlier, Border Police shot dead a terrorist who rammed his car into civilians at a bus stop in Samaria.

The guard at the entrance to the Hareidi city of Beitar Illit in western Gush Etzion suffered light wounds and was able to shoot and critically wound the woman terrorist, dressed in a black Hijab.

The woman reached the guardhouse, she casually talks with the guard, and then pulled out her knife and stabbed him. An initial investigation revealed that security cameras at security headquarters in the city showed that someone was suspiciously approaching the guard house.

Security personnel reported the suspect to the guard just as he walked outside to check the woman.

It appears that the terrorist was on her way to a bus stop [to attack Jews], and the guard prevented a worse attack.

Palestinian Authority media again reported the incident as an “alleged attack” and identified the woman as Hilwa Salim Darwish, from Husan, west of Bethlehem.

Arab media also reported of the “alleged” attack by a hit-and-run terrorist who was shot dead by Border Police after he rammed his car into a group of people at a bus stop.

He wounded four people, including a pregnant woman and another person who suffered light injuries. One of the victims was very seriously injured and another suffered moderate to serious injuries. 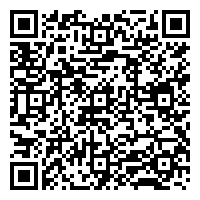