At least 1000 British Jews are expected to attend a protest rally in central London Sunday to to demand greater action by the police and Government against anti-Semitism.

The rally, which will be held at the Royal Courts of Justice, was called by the Campaign against Antisemitism, a new organization dedicated to identifying and fighting Judeophobia in the United Kingdom. Speakers will include Chief Rabbi Ephraim Mirvis, Maajid Nawaz, a Muslim activist and co-founder of Quilliam, a counter-extremism think tank and Douglas Murray, a conservative commentator and associate director of the Henry Jackson Society.


Great Britain, like other European countries, has experienced a sharp spike in Judeophobic attacks, especially since the beginning of Operation Protective Edge on July 8.  Since the beginning of August, several synagogues have been vandalized, pro-Palestinian activists have attacked supermarkets selling Israeli products, and signs reading “Hitler was right” have been featured at anti-Israel demonstrations.

“British Jews complain the existing law is not being enforced to protect them from abuse and discrimination,” said the Campaign Against Antisemitism. 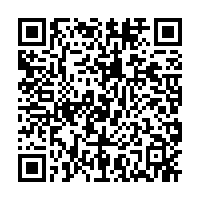