As Operation Brother’s Keeper approaches the end of its second week, IDF troops are making fewer arrests and widening their search.

Just four fugitives were arrested Monday night as IDF soldiers meticulously searched for the teens. But more than 120 sites – most of them private homes – were raided in Hevron and its surrounds. On Sunday night, at least 37 arrests were made.

“As the search for the missing youths continues, we call for restraint in carrying out the security operations in strict compliance with international law, and avoiding punishing individuals for offenses they have not personally committed,” he said. “The rising death toll as a result of Israeli security operations in the West Bank is alarming,” he told the U.N. Security Council at its monthly meeting on the Middle East. Feltman expressed concerns over the possibility of a third intifada starting against Israel by PA Arabs.

So far, the troops have searched 1,800 buildings for 19 year old Eyal Yifrach, and 16 year old Naftali Frenkel and Gilad Sha’ar. In the process, they came up with the accused murderer of Judea and Samaria Police Commissioner Baruch Mizrachi. The accused is a terrorist who was released early from prison as part of the prisoner exchange deal that returned former IDF soldier Gilad Shalit to his family two and a half years ago. Shalit was kidnapped by Hamas terrorists in a cross border raider near the Kerem Shalom crossing, and held captive for more than five years. Israel freed more than 1,000 Palestinian Authority Arab terrorists, including hundreds of murderers with Jewish blood on their hands, in order to rescue him.

But the troops have yet to find the three kidnapped boys they are now searching for. Their second goal – neutralizing Hamas in Judea and Samaria – is also part of the continuing operation. More than 360 Hamas terrorists have been arrested in the past 12 days, including at least 60 who were released in the Shalit prisoner exchange deal. Those will be remanded for separate court hearings to determine whether they have violated the terms of the pledges they signed upon their release — and if so, each will return to prison resume serving the remainder of their sentences.

A third goal has also been added to the operation: beefing up defenses for Israeli residents of Judea and Samaria so their daily routine will no longer be disrupted by security issues.

The upcoming Islamic holiday of Ramadan, a month-long daytime fast observed by religious Muslims, is one the IDF is taking into consideration as well. “It is important for us to maintain routine relations with the Palestinians in whose communities we are carrying out our searches,” said a security source. “Ramadan is no obstacle, and we will continue to do whatever is necessary to track down the boys, with due consideration for the local population.” 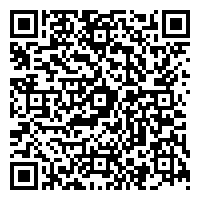