According to Al Ahram, the Cairo Court for Urgent Matters has banned all activities in Egypt by Hamas, and ordered the confiscation of its offices in Cairo.

The relationship between the group, which has controlled the Gaza Strip since 2006, and the Egyptian authorities has gone downhill since the ouster of Muslim Brotherhood president Mohamed Morsi last July.


Egyptian officials are accusing Hamas of supporting Islamic militants who have increased their attacks on security forces in the Sinai since Morsi’s ouster.

Hamas has repeatedly denied any such involvement.

Tensions between the Hamas and the Egyptian authorities have also been fueled by Egypt’s campaign to destroy tunnels providing vital gas and food supplies to 1.7 million Palestinians in the Gaza Strip. Egypt has destroyed near 1300 tunnels on its borders with Gaza since January 2011.

Egyptian authorities have accused several Hamas members of involvement in a series of jailbreaks at the beginning of the Egyptian revolution in January 2011. Authorities have also charged former president Morsi of espionage with Hamas officials. 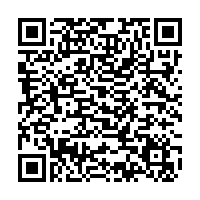