Without mentioning Secretary of State John Kerry by name, U.S. Sen. Chuck Schumer (D-NY) apparently took a shot at comments on boycotts of Israel that Kerry made last month in Germany.

Those with “even with the best of intentions” who warn Israel that it will face increased boycotts if it does not reach a peace agreement with the Palestinians “have it all wrong,” Schumer said at the American Israel Public Affairs Committee conference.

“Those quote unquote friends [of Israel] should be condemning the boycotts in any possible way, weakening them,” Schumer said.

Schumer’s remarks come after Kerry in February at the Munich Security Conference said in connection with the outcome of U.S.-brokered Israeli-Palestinian conflict negotiations, “There are talks of boycotts [of Israel] and other kinds of things. Are we all going to be better with all of that?” President Barack Obama, asked by Bloomberg View columnist Jeffrey Goldberg if he agreed with Kerry’s assessment on boycotts and if the current talks present the “last chance” for peace, said in comments published Sunday that Kerry “has been simply stating what observers inside of Israel and outside of Israel recognize, which is that with each successive year, the window is closing for a peace deal that both the Israelis can accept and the Palestinians can accept.”

Obama also said, “If you see no peace deal and continued aggressive settlement construction—and we have seen more aggressive settlement construction over the last couple years than we’ve seen in a very long time… If Palestinians come to believe that the possibility of a contiguous sovereign Palestinian state is no longer within reach, then our ability to manage the international fallout [for Israel] is going to be limited.”

On the Iranian nuclear issue, Schumer said Monday that America “must keep tough sanctions in place until Iran agrees to give up nuclear weapons,” and criticized the terms of the interim nuclear deal that gave Iran $7 billion in sanctions relief.

“It is no secret that I believe that we should not in the interim agreement have reduced sanctions in any way, until Iran reduced its nuclear capability,” Schumer said, adding that many in Congress “believe that any reduction in sanctions relieves the psychological power of future sanctions” on Iran.

Congress “will be heavily involved” in monitoring the impact the diminishing of sanctions has on Iran, and will ensure that any final agreement with Iran will permanently prevent the country from having nuclear weapons, said Schumer. 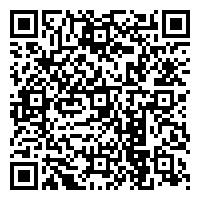