Chelsea Clinton, America’s poster child for intermarriage, announced on Thursday that she is pregnant.

Chelsea, the daughter of former president Bill Clinton, married Marc Mezvinsky, in a much publicized ceremony run by a Reform (nebech) rabbi and a Methodist minister, effectively pruning away that 3300 year old Jewish branch of the Mezvinsky family.


Clinton, who heads an interfaith society had previous said, “With all candor, because my husband is Jewish and I’m Christian, and we’re both practicing, it’s something that’s quite close to home.”

Though since her husband married out of the Jewish people, effectively making him the final link in a formerly unbroken Jewish chain, Clinton is certainly using a very open-ended definition of the word “practicing”.

As Rabbi Stav, the head of the moderate, Israeli Orthodox organization, Tzohar, said in November,

Assimilation is rampant among non-Orthodox Jews in America.

This is Bill and Hillary Clinton’s first grandchild. Congratulations. 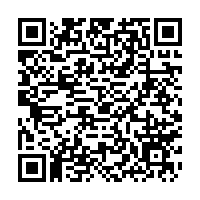