Israel’s Chief Rabbi David Lau criticized the visit of Minister of Education and Chairman of the Bayit Yehudi party Naftali Bennett to Conservative congregations in the United States and said that it is clear the minister did not consult with a rabbi about those visits.

According to Rabbi Lau, “The visit constitutes a recognition of congregations that are dangerous to the future of the Jewish nation.”

We must continue to educate Jews and explain to them the true values ​​of Jewish tradition and the nation of Israel. Don’t forget, in almost every Jewish family you’ll find a religious grandfather, an ultra-Orthodox grandfather, or even a grandfather who is a rabbi. You will not find a lot of families with a Conservative grandfather.

That is, in the end, when we talk about the future, Orthodoxy is the way.

Rabbi Lau said that in his opinion “the Conservatives are certainly Jews but, again, not because of their moral identity. We must tell them clearly: If you continue in this way, you will lose your children and your grandchildren.”

Rabbi Lau opposed Bennett’s visit to a Conservative School and said, “we should ask Bennett if he consulted with a rabbi before this meeting and I very much fear that he didn’t, [and] this behavior is unacceptable to the entire [nation of] Israel. When you speak to a general audience, of course you’re not going to ask whether everyone in the audience is Orthodox, but to plan in advance an appearance before a certain audience and legitimize its path, when this path removes Jews from the Jewish way, it is forbidden.”

If Minister Bennett were to ask my opinion ahead of his visit, I would have told him clearly that ‘you can’t go to a place where the education removes Jews from the tradition, from the past and from the future of the Jewish nation.’

The Office of Minister Bennett’s responded in a statement saying: “Minister Bennett believes public leaders in Israel should bring Jews in, not ostracize them, and is strongly opposed to statements that keep hearts away rather than bring them closer. We are now in a state of emergency for Diaspora Jews, when assimilation reaches millions of Jews.

“As someone who is responsible for the diaspora issues in the Israeli government, Minister Bennett is proud to care for each and every Jew wherever they are, and will continue to meet with every Jew, no matter their denomination.” 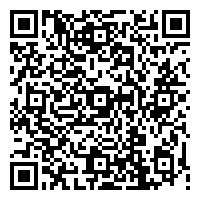