Another overnight marathon negotiation session has resulted in a repeat 11th hour resolution of the latest coalition crisis in the Netanyahu government with Bayit Yehudi party chairman Naftali Bennett.

The cabinet voted to approve the appointments of Yisrael Beytenu party chairman Avigdor Liberman as defense minister and party member Sofa Landver as Minister of Aliya and Absorption.

Bennett had threatened to vote against the appointments, together with his party’s ministers – bringing down the government in the process.

If all goes according to plan, the two will be sworn in as ministers by Monday afternoon, after the vote is confirmed in the Knesset plenum.

Under the plan, the acting head of the National Security Council, Brig.-Gen. (ret) Ya’akov Nagel – or his deputy – would temporarily act as military attache to the security cabinet.

He would remain in place until a committee to be formed by Netanyahu and headed by former NSC head Ya’akov Amidror is tasked with finding a way to meet Bennett’s demands on upgrading cabinet briefings without compromising national security, and returns with its recommendations.

In order to keep the 61-seat coalition government in place, Netanyahu has needed to keep Bennett’s party on board. 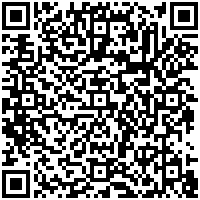