Khader Abu Saif, Faddy Daim and Naim Girayes are three Arab homosexual friends living in Tel Aviv, a city where the last census counted 25% of the population as self declared gay. They’d like nothing more than to enjoy the gay life in the gayest city on the planet, and yet the term “Palestinian homo” conjures in the mind of most people they meet a kind of cartoon image, a stereotypical tag that has very little to do with them as individuals. “Oriented,” by Jewish British filmmaker Jake Wiesenfeld, is a new documentary making the rounds in festivals these days, examining their lives as they reject all these stereotypes, both as Arabs and as Israelis.

Khader Abu Saif is seen in one of the first scenes in the movie giving a lecture about his life as part of “a new Palestinian generation.” He relates an encounter with a British journalist who wanted to tell the world about Khader’s miserable life as a Palestinian homosexual and the daily suffering he must endure because of his two underdog identities. “So I told him, wait a minute, I think you reached the wrong person, because my parents know about me, they’ve accepted me and they totally love and support me. This things [you’re describing] doesn’t exist. So he tells me, ‘can you find me a gay Palestinian who is suffering?'”


His audience laugh, but soon enough Khader gets into a confrontation with a heckler over his identity. What kind of Arab is he, anyway? Does he carry the blue ID card or the orange one?

But the film leaves no doubt about the fact that in a region where gay people are thrown off rooftops, tied to chairs, Israel offers a paradise of equality and personal safety to Arab homosexuals, at least west of the green line and outside the Palestinian Authority and the Gaza Strip. But the film is not political, rather it examines everyday scenes in the lives of the three friends as they meet with family, and travel to a festival in Amman, Jordan, as well as the daily dialogue and existential conflicts they maintain with the Jewish and Arab society around them.

The three friends are far from being identical in their preferences and attitudes, especially when it comes to politics. Faddy Daim, who is depicted as the most anti-Zionist of the trio, refused to attend the gala screening of the film at the Tel Aviv Cinematheque, and refused to give interviews to Israeli media. Abu Saif explained that Faddy sees the film as “pink washing,” a term leftwing gays have coined to describe how Israel tries to cover up all its other “crimes” by showing how nice it is to gays, including Arab gays.

The film depicts an Arab society which has gone a long way towards tolerating its gay members. It also offers criticism and praise of Israeli society from the Arab point of view. Which is why Khader Abu Saif is convinced both Arabs and Jews will hate the film, because it does not pander to anyone’s ideology. The three Arab characters appreciate the enormous advantages of living in a Western democracy, but are also angry at having to spend so much longer at the passport counter than their Israeli friends.

And because it doesn’t pander, and does not adopt either of the competing national narratives, the film can be the basis for real conversation between the two societies, never mind the politics.

The film “Oriented” will soon be available for downloading via iTunes, GooglePlay, and Amazon. 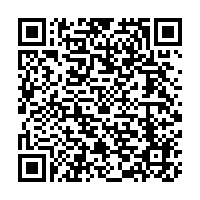