Wednesday was a busy day for commuters in Tel Aviv and Jerusalem, who were watching the media to find out whether their transportation plans would remain stable for the next 24 hours.

Egged bus drivers went on strike at 5 o’clock in the morning on Wednesday. The walkout came after Egged management and the Finance Ministry failed to reach an accord on subsidies for the lines.


Bus lines were expected to get back to normal by Thursday morning at 5 am.

But as the buses were getting back to normal, Israel Railways was threatening a strike at stations in Tel Aviv.

That announcement came in response to a summons to a hearing by the Environmental Protection Ministry.

The ministry tested and found excessive levels of air pollution at the HaShalom Station in Tel Aviv, and at the Yoseftal Station in Bat Yam.

In retaliation, management at Israel Railways said it would stop running the trains to the entire Gush Dan region, which would create havoc for some 100,000 daily passengers.

The railway says it’s building a new electric train system to run from Herzliya to Jerusalem, which should help reduce the pollution levels.

But its management added that other solutions suggested by the ministry in the meantime would just cause chaos for the entire public transportation system. 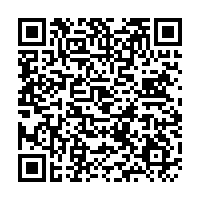