On a Saturday night full of news about “Slab that pork chop with some butter” queen Paula Deen being shoved off the Food Network for using the N word, a new show named “Princesses: Long Island” is under attack for portraying young Jewish American women as empty headed shopaholics with a minor in blasphemy.

The show chronicles six young women living at home with their parents on Long Island. The show follows the group as they go out looking for husbands, and their family interactions.


How Jewish are they? Well, the first installment was titled “You Had Me at Shalom,” aired June 2, 2013 (that’s 5773), “Chanel sits down with her modern Orthodox family for a Shabbat dinner, where she is reminded that it’s time for her to get married. Amanda goes on a date with her older boyfriend Jeff, and attempts to keep her mother from inviting herself. Ashlee and her father go get manicures and pedicures. Later, Amanda meets up with Joey to go shopping for her 30th birthday celebration dress. Erica invites the girls over for her pool party — where drama seems to erupt.”

The show is “the most objectionable thing I’ve ever seen on television” and promotes stereotyping of Jews, says Democratic Congressman from New York Steve Israel. The network should show a disclaimer before every episode to say there’s nothing real about the nonfiction show, he told the AP.

Bravo said on Friday that the new series has been averaging a little more than a million viewers each episode—there have been three so far. It’s considered a success, in today’s splintered, niche broadcasting.

“Princesses: Long Island” is like MTV’s “Jersey Shore” with Jews. And, sadly, we can’t show you any of the show’s clips, because they all just show too much princesses. Don’t ask. This is one time to be grateful you installed that Net Nanny… What, you haven’t? Oy vey…

See? I could write for this show with one hand tied behind my back.

Episode 2, “Shabbocalypse Now” (pretty clever, actually), aired Rosh Chodesh Tamuz (that’s June 9 for goyim): “Chanel and Ashlee drive into the city to meet up with Casey. Joey confronts Amanda after the altercation at the pool party. Casey reveals her past with Erica, and is now trying to put the past behind her for the girls’ upcoming Hamptons trip. During this week’s Shabbat dinner at Chanel’s, Casey lets her anger get the best of her.”

Jodi Davis, a Bravo spokeswoman, told the AP the show is “about six women who are young, educated, single and Jewish living in Long Island, and is not meant to represent all Jewish women or other residents of Long Island.”

Well, now that she put it that way, of course, how could we be such fools. Anyone watching a bunch of Jews behaving like materialistic sluts would most likely assume they’re the exception, noting the great achievements of Jews and their contribution to humanity…

As in episode 4, coming to your screens Sunday: “It’s Ashlee’s 30th birthday and all the Princesses are there to help her celebrate Long Island–style — in a club in a strip mall and a scantily-clad crudité server.”

Yeah! Loose Jewish women, what a treat. And…

“Ashlee takes Casey, Chanel, and Joey to a weekend away at a Jewish singles camp in Connecticut, and Amanda and her mom Babs take Erica out to the hottest club on Long Island.”

The fun never stops for those Jewesses!

Incidentally, Bravo already apologized once for one of the characters calling Long Island a “ghetto.” Ouch… The G word…

Chanel Omari, like all the scantily-clad gals on the show, writes a blog for the show’s fans. In an entry titled “Thank G-d for the Manischewitz!” (she’s very makpid on shemos, see?), she actually writes:

“There is so much antisemitism in the world and it happens within our own culture, that it’s important for me to have my girls and I stick together and not let anyone come in between us or separate us. We need to embrace one another as women and as Jews, regardless of what genre of Judaism we come from.”

Bennett in NYC: I Did Not Eat Bacon on Shabbat 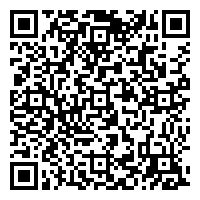