On Saturday at 3:12 PM, one Ella Scheinwald of New York City posted on her Facebook page: “Minister Bennett is sitting next to us now in New York with his wife, eating at a non-kosher restaurant, Bravo.”

Scheinwald was asked by her Facebook friends to upload a photo proving her claim, but she replied that she did not want to be “intrusive.”

Such a delicate flower.

Scheinwald added: “They sat next to us, and his bodyguards even filled up plates including bacon…” Then, raising the flag of dedicated liberalism, she wrote: “So I don’t care at all. Let them eat whatever they like, but at least Bennett shouldn’t be two-faced, because the restaurant is really not kosher. His wife was with him, too.”

Scheinwald related that Bennett’s the bodyguards who were with him “filled up plates like they hadn’t eaten for a month, including piles of bacon, etc. And he sat next to us, and from those same plates the repulsive Bennett was eating, and with an open mouth, too, icky. I felt it would have been too intrusive to take pictures but it’s the truth. He’s wearing a light blue shirt and dark trousers, his wife is in a short, olive-green dress.”

Another surfer, Yoav Cohen offered a similar report, adding that one of Bennett’s bodyguards “ate as if he hadn’t seen food in a week.”

Charitable folks, every last one of them.

On Sunday morning, Bennett’s office responded to the rumors, clarifying that “Minister Bennett ate in the dining room of the hotel where he stayed, as he always does during his visits abroad, and he ate kosher food only.”

“Regarding the security guards,” the announcement said, “we never dig into other people’s plates, and we’re not about to do it now. We regret the desire to slander and spread evil rumors. This is a story that never happened.”

OK, so somebody definitely ate bacon on Shabbat which, we’re told, by the way, is the best kind of bacon: if not Bennett and his wife, then maybe his bodyguards, and if not them then maybe Ella Scheinwald. 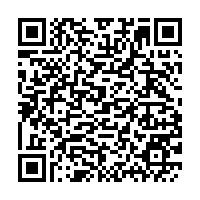