The decision by the Interior and Public Security ministers to form a special task force to expel foreigners engaged in Boycott, Divestment and Sanctions (BDS) activities is a long overdue but urgent call for remedial action against anti-Semites and renegade Jews who demonize and delegitimize us. In this context, I applaud the government for, albeit belatedly, taking action to expel or bar entry to foreigners who come into Israel in the guise of tourists in order to promote or assist BDS and provoke West Bank Palestinians against the IDF. There is also is a strong case to prosecute Israelis who engage in such seditious activities.


No doubt this will lead to a torrent of hysteria by the delusional left who will claim that this “denial of freedom of expression” is another move by the government towards implementing a “fascist” regime.

This legislation should have been introduced a long while ago and the timing coincides with impending actions by European governments, currently floundering in their efforts to provide security to their citizens under attack from crazed Islamic fundamentalist killers – both imported and homegrown. They will be seeking to impose legislation which will to some extent impose limits to unfettered civil liberties if they compromise security. If they fail to act they will be overwhelmed at the polls by radical right wing parties which have already mushroomed in response to the recent terrorist rampages.

The situation in Israel is infinitely more acute than in any other country. The Jewish state is the only country in the world whose right to exist is constantly challenged by neighboring states motivated by fanatical Islamic anti-Semitic dictatorships. Israel’s purported peace partner has made it clear that a Palestinian state is merely the first step towards the ultimate goal of eliminating Jewish sovereignty in the region. Ironically, even though much of the world refuses to recognize it, the reality is that today most Israelis are ready to separate from the Palestinians if this could be implemented in conjunction with long term security. It is the Palestinians, brainwashed by Yasser Arafat and Mahmoud Abbas, who only see an end of conflict with the destruction of Israel

In addition, unlike the situation in Europe, Israel is an oasis of relative tranquility in a continent of dictatorships and fanatical Islamic rogue states where the concept of human rights is simply nonexistent. Moreover over the past few years the region has become transformed into the most brutal killing fields in the world where hundreds of thousands have been cruelly massacred and millions displaced from their homes at levels of barbarism reminiscent of the Dark Ages.

It thus particularly galling for Israelis to witness governments and media listing terror attacks throughout the world and yet exclude Israel, the greatest victim. Their sickening justification for these omissions is that terror attacks in Israel differ from those in Europe because they are based on “resistance to occupation”. Never mind the fact that terror in Israel far predates 1967 when Israel repulsed the combined Arab armies which then sought to conquer it. The fact is that Israel has been the canary in the coal mine of terrorism and many Europeans are now likely to try to emulate our techniques and strategies in dealing with their own threats.

The government seems to have only now, belatedly, recognized that a crucial component in the effort of Israel’s enemies to destroy us is the war of ideas – and we are painfully losing this battle. Not to mention the vast sums of money foreign governments surreptitiously pour into NGOs, not for the promotion of human rights but in order to delegitimize the State of Israel.

Our government has been nonchalant and intimidated by the delusional left from taking steps to protect itself from internal and external enemies.

There is also a strong case to prosecute Israelis who engage in activities which subvert the state or seek to delegitimize it. When the extreme leftwing media, academics and activists broadcast self-evident lies demonizing their country and besmirching it by falsely accusing the Israel Defense Forces of engaging in war crimes, in the present climate this amounts to subversion. No other country confronting the threats to its existence would tolerate such behavior or enable taxpayers’ funds to be employed towards subsidizing “cultural” activities designed to demonize the nation.

Can one envisage how Churchill would have dealt with such behavior during the Second World War? A British parliamentarian expressing seditious remarks supporting those seeking the destruction of the nation – such as MK Haneen Zoabi has done – would face charges of high treason.

Bleeding hearts opposing the exclusion of foreign BDS activists should review US policy during the Cold War which denied entry to any foreigner who had been a member of the communist party. The dangers confronting Israel are infinitely greater than those the US then faced from the Soviet Union.

And we should be under no illusions. Since the creation of the State of Israel we have been and continue to live in a state of war. The vast majority of the Israeli public would doubtlessly agree that limited curtailment of civil liberties is highly justified if it inhibits those engaged in demonizing and delegitimizing us or even saves a single Israeli from becoming a terrorist casualty. 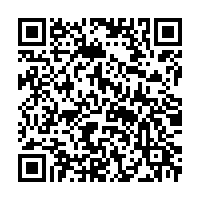