The AP reports that a trial is set to begin in the case of a Connecticut Jewish woman who sued her congregation because a black woman had been buried in the interfaith section of their cemetery.

Maria Balaban’s lawsuit will go to trial Tuesday in New London Superior Court. She is demanding that the remains of Jamaica-born Juliet Steer be exhumed and removed from Congregation Ahavath Achim’s cemetery in Colchester.

The 73-year-old Balaban argues that the congregation broke the rule against burying gentiles in a Jewish cemetery when it allowed Steer’s burial in an interfaith section of the cemetery in 2010.

The congregation’s lawyer called the lawsuit is frivolous and said the only reason Balaban is suing is because Steer was black. Balaban said her motives are not racist.

Rivlin Warns Terror, Violence Must Be Condemned and Stopped 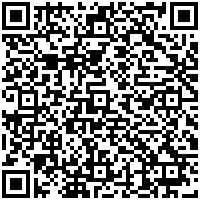