A military court has convicted the second of two Arabs who killed Asher Palmer and his two-year-sold son by throwing a huge rock at their vehicle near Kiryat Arba in 2011.

Last July, the court sentenced Waal al-Arjeh to a double life sentence plus 58 years in jail for the murder, the first time military judges have recognized rocks as murder weapons.

Both terrorists smashed Palmer’s windshield. Palmer, who was hit in the head by the rock, lost control of his car and overturned. Israeli police at first insisted that Palmer and his son died in a traffic accident and did not tie the deaths with  rock-throwing until the publication of photographs that clearly showed a bloodstained rock the size of a cinder block or small boulder, and a hole in the car’s windshield.

The attorney for Michael Palmer, Asher’s father, said that al Arjeh, who worked for the  Palestinian Authority security force, was the ringleader of a terrorist cell that attacked Jewish motorists several times. 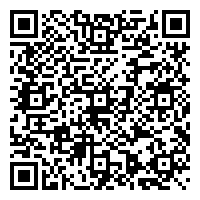