It makes sense that the Israel-Palestinian agreement is being made with Obama and Kerry in charge. The deal offers a kind of neo-mandate, with an American presence entrenched in the Jordan Valley for the next 10 years.  That’s no joke.


Let’s look at a different but parallel “pacification” effort and see what happened there. The Afghanistan peace talks with Taliban have gone absolutely dreadfully, and President Karzai is very dissatisfied. The results are–not surprisingly–unsatisfactory.

Let’s consider casualties in that case and a couple of others.

As of the end of 2013, roughly 3,000 Western troops have been killed in Afghanistan. Western forces will retreat with their tails between their legs and will probably abandon the government to horrible massacres and long wars following a Taliban victory.

Since the start of the ongoing civil war in Syria, there have been about 200,000 casualties–mostly civilians. A truly staggering number.

The population of the West Bank is about 3.1 million; if losses will be proportional to those in neighboring nations, the cost of American soldier’s lives would be high.

So, if the Obama/Kerry peace deal does go through, what would the risks be?

In the Gaza Strip, there are more than 1.6 million people under the rule of Hamas. This government will do everything it can to sabotage the peace process. And U.S. help to the PA will be presented as collaboration with the infidels. There is no possibility of their participation in this agreement. That means that even in the best of circumstances, even if the PA is at peace with Israel, Hamas will be in an ongoing war with Israel.

So what great advantage is peace with the West Bank and war with Gaza?

It is predictable that Hamas will attempt to carry out cross-border raids and fire missiles at Israel. What is the U.S. position on that? Is the United States at war with Hamas? CIA director John Brennan, the architect of Obama ideology, publically–but not officially–has said that he wants to make peace with Hamas.

Moreover, if Fatah were to change its policy, it might get support from countries such as Iran, Saudi Arabia, Turkey, and so on. Turkey, for example–which is now a conduit for the Syrian Muslim Brotherhood, Salafists, and al-Qa’ida obtaining arms–knows that most of its policy with the Arabs will be dependent on its degree of support to the Palestinians, including cooperation if there is a Palestinian state. The fact is that Turkey has pinned its hopes on Turkish influence in the Arab world, and to associate with aggressive support of Palestine would be key to its popularity. What if aid from Turkey and these other countries prepares Palestine to fight?

What is the United States, an ally with Israel, going to do if Palestine is created by its own agreement but wages a war of terrorism against Israel?

By the way, let’s remember that Mahmoud Abbas will probably be replaced in the next few years. It is very hard to predict whom he will be replaced by, but the most popular candidate is a serious hardliner. Shaykh Abd al-Muhsin al-Mutairi stated, “Oh servants of Allah, how saddening and very painful it is to see many Muslim youths glued to TV screens at cafes or at home, passionately watching entertainment shows, like the Football World Cup, in despicable subjugation to the abominations of the other nations–as if we were not a nation with a brilliant history and a lofty civilization.” 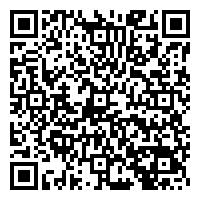