Two F-16 fighter jets were scrambled to escort two passenger jets into Atlanta’s Hartsfield-Jackson International Airport – one of the largest airports in the world — at 3 pm local time Saturday.

The move came in response to what was deemed by the Federal Bureau of Investigation (FBI) to be “credible” bomb threats on the Twitter social media site.


Airport spokesman Reese McCranie told The Atlanta Journal-Constitution, “We believe the threats to be credible,” but declined to explain why.

“While authorities have not yet released information on the Twitter account responsible for the specific threatening tweets, someone calling himself ‘King Zortic’ first posted messages to Delta on Twitter around noon that said, ‘I have a bomb on one of your planes, but I forgot which one when I left the airport. Can you help me find it?,’ and ‘It was from Portland to Atlanta, I forgot the flight number, though. It was something like DL156 or DL1556 I forgot the order.’

“Another tweet read, ‘It was smuggled through one of the back entrances because the airport didn’t have much security around one of the entrances so the bomb is at the back of the plane. Everyone will know when it’s detonated.’

“Messages later were sent to Southwest Airlines from the same Twitter account read (sic), ‘A bomb was placed on SWA2492. It will be detonated at a random time of my choosing,’ and ‘If anything happens to me I’ll make sure that more flights are targeted. I strongly suggest you don’t try anything stupid,’” the newspaper reported.

In Atlanta, the two targeted flights taxied to a remote area once they had landed. Southwest Airlines Flight 2492 from Milwaukee, Wisconsin to Atlanta and Delta Flight 1156 from Portland, Oregon to Atlanta were then both swept by bomb squad units and K-9 teams after passengers deplaned.

Passengers from the two flights were questioned and their luggage was searched by bomb-sniffing dogs.

The two fighter jets that were scrambled from McEntire Joint National Guard Base in South Carolina returned to base after the planes landed.

Following extensive searches and screening, airport officials wrote in a tweet: “All clear for both aircraft & normal airport operations have resumed. Thank you for your patience. Safety & security are our top priorities.”

Britt Johnson, Special Agent in Charge of the Atlanta FBI Field Office told media the FBI will “absolutely be doing everything we can to identify who made the initial threats and track them down.”

Bomb threats that turned out to be false alarms were also made in recent days against Delta flights headed for Tel Aviv and for Raleigh, North Carolina. 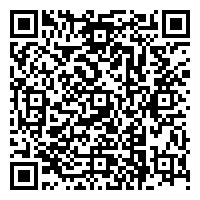