A young Israeli Arab has received death threats because he stepped up to express his sympathy and support for his teenage peers who were kidnapped by Arab terrorists last Thursday evening.

The three teenagers — including two 16 year olds, one who is an American citizen, and a 19 year old — were were abducted while hitchhiking home for the Sabbath from Gush Etzion in Judea, where they learn in the renowned Mekor Chaim Yeshiva in Kfar Eztion.


According to a post on Facebook by ‘The Muqata,’ 17-year-old Mohammed Zoabi has received death threats for his stand against terrorism. The cousin of an Israeli Arab Knesset member, young Zoabi sent a letter – which was posted by The Muqata — to let his friends know that he has decided to “keep a low profile” for a while, due to fears for his life.

Recently, I have been receiving a large amount of death and violence threats only for showing sympathy with the 3 innocent Israeli teens that were kidnapped in Judea and Samaria by terrorists. Because of that I have decided meanwhile to keep a low profile. I just felt that I have to inform you all that I’m ok, and il (sic) be ok. And I will continue to speak up for what is right, as long as I’m not hurting innocent people. I’m safe and I will be safe, especially in a great country like Israel. Am Yisrael Chai

The saddest commentary on all this is the fact that the young man’s cousin, MK Hanin Zoabi, ” referred to her young  cousin earlier in the day as a “poor fool” and called him a stooge for the same Israeli government in which she herself participates as a legislator.

“He’s a confused, uninformed kid who always feels the need to apologize to his strong [Israeli] masters,” she said. The legislator herself has said she is not at all surprised by the terrorist attack, which she told an Israeli radio interviewer on Tuesday morning was due to “the occupation.” 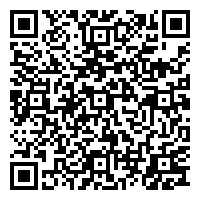