Defense Minister Avigdor Liberman has ordered the Coordinator of Government Activities in the Territories (COGAT) to cut all non-security activities and coordination with the Palestinian Authority, according to a source in the Defense Ministry.

The COGAT unit is the civilian authority for residential zoning and infrastructure, and is responsible for addressing the needs of Israeli communities in Judea and Samaria.

For example: last week despite stormy weather and the difficulty of the location, a faulty power line on the border between Gaza and Israel was repaired last week under the auspices of COGAT. The line provides electricity to 100,000 Gazans and is one of 10 power lines carrying approximately 125 megawatts of electricity from Israel into Gaza.

The department also coordinates the activities of government departments, the IDF and security forces with regard to the Palestinian Authority in Judea, Samaria and in Gaza.

One of the projects is a new road recently paved in the Hebron-area village of Bani Naim, home to at least two Palestinian Authority terrorists who murdered Israelis in the past year. And yet COGAT has just finished coordination of a project that has paved a brand-new road that connects Bani Naim to the surrounding villages.

“This project assists over 38,000 people with their daily commute, and improves the quality of life for local residents by making travel in the area smoother,” according to the video which was filmed to show off the new project. “COGAT is committed to creating opportunities for growth in the region.”

Among the activities carried out by the COGAT with the international community are those relating to infrastructure, education, health and housing projects, as well as implementation of humanitarian aid projects.

On December 15, the COGAT announced projects being carried out to improve the infrastructure in Gaza, specifically 137 anti-flood projects – some of which are completed and others still in progress – to avoid weather-related problems during the winter months.

On December 19, an inauguration ceremony was held with the Dutch Ambassador to Israel, Gilles Beschoor Plug, by COGAT at the Kerem Shalom land crossing with Gaza, in honor of a second truck scanner donated by the Dutch government. The new truck scanner enables a quicker crossing for hundreds of trucks making daily deliveries from Israel into Gaza, while preventing smuggling of illegal materials.

“Donated by the Kingdom of The Netherlands, Facilitating Palestinian Trade and Providing Security for Israel 2016,” reads a sign posted on the new scanner. “COGAT and the Gaza CLA are constantly coordinating with international organizations to improve the welfare of residents of the Gaza Strip,” said a statement posted on the COGAT Facebook page.

Will this non-security coordination with the Palestinian Authority continue in light of the anti-Israel vote that took place at the UN Security Council on Friday? It’s not at all clear. Perhaps not. This weekend, the Netanyahu government has reached the decision that there’s a price to be paid when a foreign government pats the Israeli government on the head with one hand – when it wants Israel’s cooperation – and then slaps the Jewish State square in the face when it’s more expedient to do so. 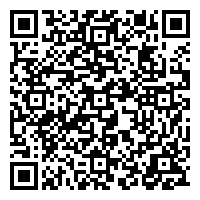