Could it be that one of America’s largest Jewish communities and kosher markets does not offer kosher fare at its premier ballpark?

Apparently so, say fans who voiced their complaints with the Jewish Journal. Second only to New York, Los Angeles is estimated to have more than 600,000 Jews, yet no kosher food at Dodger Stadium, home of the LA Dodgers for at least the last three years.


A growing number of sports stadiums offer kosher food to accommodate Jewish and Muslim fans. With the 2015 baseball season underway, there will be kosher food in New York, Baltimore, Boston, Chicago, Cleveland, San Diego, Washington, Kansas City, San Francisco, Milwaukee, and Seattle. With the exception of New York, all of these cities have far smaller Jewish populations.

Kosher Today spoke to a Dodgers season ticket holder who says he orders in kosher food especially when he entertains. “I don’t get it,” he says. “On any given night you can see many Orthodox Jews and there are even several minyanim, so why no kosher food?” 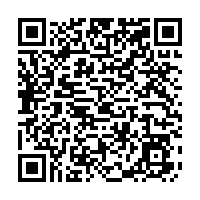